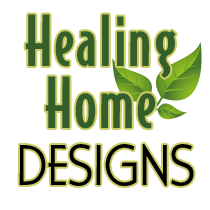 I am a House Archeologist and a House Whisperer.

Years of tearing INTO structures and tearing DOWN structures has given me insight into where we, as a species, have come from – written in the homes of our ancestors.

In the deepest recesses of communal memory lie the more basic, nomadic structures such as yurt, teepee, igloo, wad and dabble hut. Seasonal migrations, often following the warmth of the sun and movement of game herds determined that only what could be carried on the back came along for the ride. No wheels or horse drawn wagons yet. The tribe around the fire in the night, sleeping sun-to-sun, eating what was seasonally available – this collective memory lives within the human spirit as a distant yet distinct emotional resonance.

With the exception of the castles and manor homes of the barons of the Industrial Revolution, the size and fittings of almost all human habitation is small, efficient, and functional.

Somewhere along the way, as materials and mortgage credit devices became universally available, we began building larger and larger homes for smaller and smaller families. I have never calculated square footage per occupant, but I am sure the graphic representation is a steeply ascending curve beginning around 1955 or 1960.

I have worked on many of the big houses so common these days. I have discovered that near the kitchen lies a room or a place of gathering where the piles of things hunted and gathered are kept waiting to be sorted. There might be a desk piled high with papers, or exercise equipment, video games, controllers; sometimes a sewing machine. Clearly this is the “cave” where the modern family lives, eats, carries on their lives out of scrutiny of the “other house” kept for appearances only.

We aren’t tribal in modern society. We mostly live in huge impersonal spaces, gathering only for family observances but otherwise using only a small percentage of the available housing resource. What would our distant ancestors think?

The Victorian home in Greenwich, Connecticut

While adapting a Victorian home to meet the needs of a modern family of four, I found a tiny powder room tucked under the stairs next to the foyer. It consisted of a classic pull chain toilet with a wall-hung water tank and a very small triangular sink. Upon opening the door, the first impression was, “How do I get in there and still close the door?” Powder rooms were made for Victorian ladies to stand and refresh their presentations; yet, pulling the toilet chain let go a big WHOOSH that could probably be heard all the way to the kitchen. Hardly the message of a “proper” lady!

This Victorian was a 5,000 square foot house and it had only three bathrooms. Carving out additional closet space in this older home presented a challenge; so this water closet, an artifact of another era, fell to the sawzall and prybar. In homes of this era a “toilet closet” such as this, was for the help and was situated either in the attic under the eaves or down in the basement by the steam boiler; it was another time indeed.

There really wasn’t a “middle class” until after World War II when Johnny came marching home and started building the “Great Society.” Before then, human beings lived as extended multi-generational families in three bedroom/one bath Sears Homes* or in the row houses of Baltimore and Birmingham England. Multi-generational families shared meals together in the kitchen.

Colorado offers good examples of this architectural history. Lafayette and Louisville were mining towns and eventually farm workers communities. They are filled with the original cottages mostly less than 1000 square feet where the drama of life played out. I would guess that after school the kids didn’t enter the house until the dinner bell rang unless they had chores to do. Sleep was in shared beds. No His and Hers and Master Suite bathrooms here; and possibly no central heating or plumbing either. As I drive along the streets of these towns I still see outhouses (no longer in use) where you might get a little privacy … and a mouse and a spider too.

I am definitely not advocating a return to harsher earlier lifestyles; yet, some of the organic process of living tribally/communally in the flow of natural rhythm makes sense to me. I personally love the vernacular of the “American Cottage.”

After the first tract houses of post-WWII were built, the never-stop, never-look-back generation began adding onto the “little boxes.” My era of construction and design picked up the ball in the 70’s, adding house-sized boxes and second floor boxes, and closets under the stairs. We tore out perfectly good family kitchens to put in the “Dream Kitchen” – always wanted but hardly ever used.

Every square inch of a small house can be used creatively.

Now that family size is mostly smaller, these cottages have become more appealing precisely because of their history and comforting coziness. Add a good porch, perhaps a second story master suite, some bathroom updates and more storage and you have a great place for a family to spend a night around the fire swopping stories of the day or making music together! In many ways working on smaller houses is easier than big ones. Improve the flow of natural light and space. If more square footage is needed, add it.

In the early 80s, before the Big-is-Better freight train came barreling through, we would convert attics, porches, garages, and basements into new living spaces. This usually meant “winterizing” the space: insulating, creating new heating zones, upgrading the windows, sheet rocking, etc. This was the most inexpensive way to increase the floor plan. The save-and-recycling of existing resources continued the last vestiges of post Great Depression thrift; it was a good marriage of value. Dormering the roofline of the traditional cottage pitched roof was relatively quick and painless. The only challenge was where to put the stairs if there weren’t any already there.

Mechanical upgrade usually came along for the ride into the new expanded home. These little houses usually had limited electrical service (60 or 100 amps) that would already be overloaded and dangerous. Remember this was still the “live better electrically” era where power was cheap and power companies were quick to support these upgrades.

Heating systems were usually single zone hot water types. Air conditioning was often a single window unit or none at all. Fortunately the post WW II hot water boilers were extraordinarily durable and could be refitted with new zones and more efficient burners. With better insulating windows, blown in insulation and prudent caulking these now-tight little houses were energy efficient in ways the coming McMansions could never be. Families had more space (you could still hear what the kids were up to in the newly finished basement), yet still come together for meals and the latest broadcast of Laugh-in or Hogan’s Heroes.

The difficulty in retrofitting the massive New American Home is that no one wants to reduce the square footage to make these structures more livable. Tear down a section/wing or garage bay? Never! And yet as the average size of the family diminished in the two-income big mortgage model world, less of these houses are being used to live in. As empty nesters encounter the question of what to do with all that space, the design world’s answer is usually consumer oriented: buy more stuff to fill it up.

I design homes to live in; houses designed to support and encourage the life force of those using the rooms; homes where the energy of the building stays flowing.

I design solutions to the “large is less” problem.

Some of these solutions involve the construction of home offices and/or creative spaces such as an artist’s studio. I have refitted closets into storage for the display of specific collections: one client had 1500 neckties! Another had a wonderful collection of WW II memorabilia.

Sometimes ceilings are too high and need to be dropped several feet to bring all that loose energy in. The installation of wall units and task-appropriate lighting can be a big benefit as well. Closing off large inter-room openings (the opposite of the small home) with French-style doors helps define spaces effectively and also allows unused or seldom used rooms to lie fallow until called upon. Most formal dining rooms are used only once or twice a year.

In the past, two or three zone heating and air conditioning would suffice, now it is far more efficient to control energy use* by selecting and programming use curves in spaces regularly occupied. If no one is home these smart systems time the decrease or increase in temperature.

Future home archeologists will probably note a time (in the not-so-distant future) when we actually start tearing down or splitting up the big houses – but I don’t think we are quite ready for that yet.

* Just because we can afford to use as much energy as we want doesn’t mean we should. The moral imperative of saving resources for future generations and limiting our carbon footprint behooves us to manage our use carefully.

Lots of Ideas in Here!